Home > Saint-Louis & the Palace of Versailles

Saint-Louis & the Palace of Versailles

Two symbols of the French art of living
For more than 250 years, the Palace of Versailes and the Saint-Louis crystal works have carved out a friendship in crystal around The Table and, in doing so, have contributed to promoting the glowing reputation of France and its exceptional craftmanship.
Four centuries in the making, the Palace of Versailles is a symbol in itself of the French art of living – the product of royal style and the expertise of the Crown's manufactures.
In 1767, Louis XV himself signed letters patent conferring the name of Saint-Louis on the glassworks, in honour of Louis IX, as well as the title of "Royal" manufacture and a coat-of-arms, a crown. This invisible thread has been reinforced over time and through crystal creations. 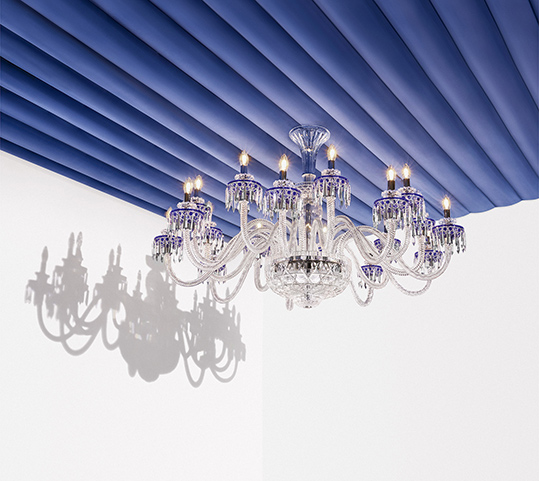 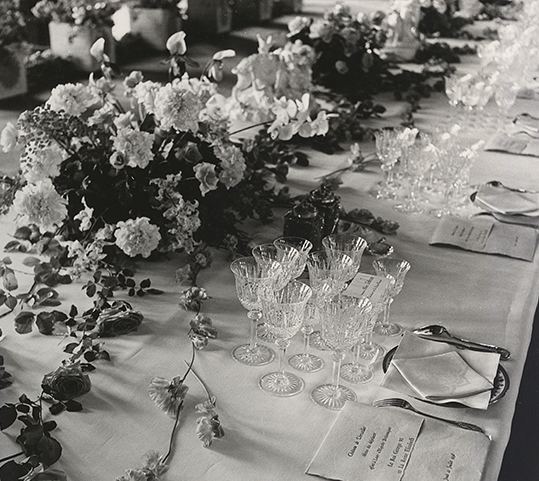 Versailles as inspiration for Saint-Louis
The "Galerie des rois" and “Galerie des Reines” collections slot nicely into the historical timeline that binds the Palace and the manufacture. In 1834, the "Trianon" collection of tableware set the standard for beautifully dressed tables. In 1921, the silhouette of the iconic "Versailles" vase was based on the vessels in the Palace gardens.
Later, in 1938, the president of the Republic, Albert Lebrun, hosted a lunch at Versailles for the King of England, George VI, and his wife Elizabeth, in honour of the Tommies – British soldiers who fought in the First World War. Taking pride of place at the banquet were 2,200 glasses – 11 per guest – from the Saint-Louis "Tommy" service.
« Galerie des rois », a modern emblem of a historic friendship
In 2019, the set of tumblers « Galerie des rois » adds a new chapter to the long history that unites these two prestigious houses, symbols of French excellence, know-how and lifestyle.
The Head of Design at Saint-Louis, Patrick Neu, an artist familiar with crystal glass, has worked with Pierre-Xavier Hans, Chief Curator in the Department of Furnishings and Objects at the Palace of Versailles to give preference to simple, clear incisions in the walls of the glass to evoke wooden panelling inspired by the historic rooms of the Palace or the collections held there. “Galerie des rois” pays tribute to four kings – Louis XIV, Louis XV, Louis XVI and Louis-Philippe – and is still available for orders on the Saint-Louis website. 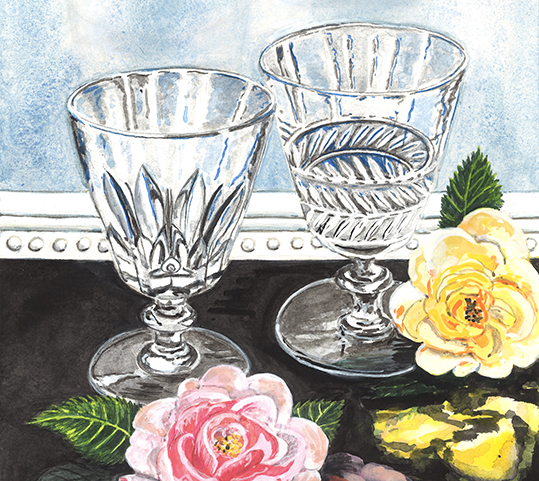 A royal match with “Galerie des reines”
The bowls of the “Galerie des reines” wine glasses resemble the “Galerie des rois” tumblers, making for a most royal match.
With the two collections, the picture is complete, drawing on history but very much anchored in modernity, with a whole range of different patterns.
Saint-Louis, since 1586
Since the 16th century, beneath the great hall of this manufacture nestled in the heart of the Vosges mountains, in the hot workshop, men have performed their skilful dance around the ferocious element that is fire, rather like a corps de ballet in a series of deft and repetitive movements. The most powerful glassblower, face reddened by the flames, shapes the molten crystal mass. Next to him, another craftsman takes the blowpipe and twists, hollows and stretches the thick mass into a delicate coil before sliding the hot crystal into a mould, where it sets instantly.
Having survived the ordeal by fire, the piece of crystal is separated from the blowpipe by a drop of water. It can now leave the great hall and move on to the cold workshop... 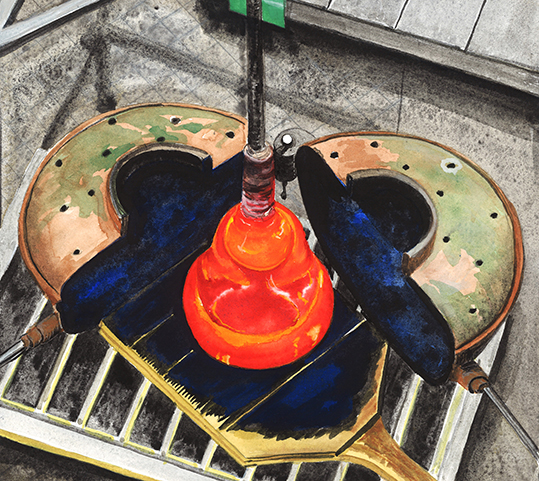 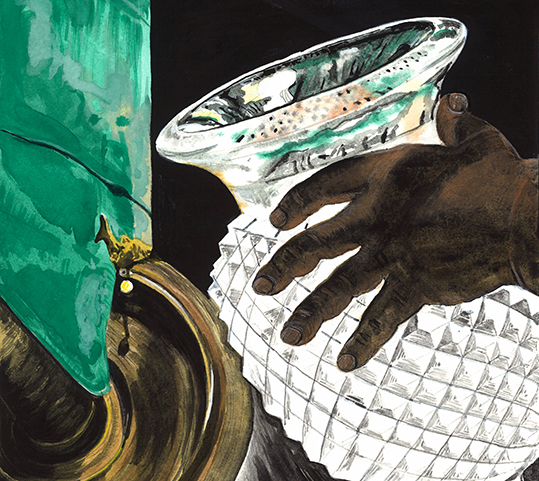 Extraordinary expertise
… This is where the crafstman sets about cutting and decorating the exceptional pieces. In his expert hands, the design of the cut pattern gradually appears. It is work that requires a sure hand and a keen eye.
From the star-shaped cut to the iconic diamond cut, the work of the master cutter is principally decorative. The cold workshop demands artistry and skill, involving delicate movements that are constantly adjusted – between 30 and 35 times – in order to engrave and decorate a glass in 24-carat pure gold.
The manufacturing process is tightly controlled. Pieces are examined and selected by the expert eyes of the "selectors".
Only after this meticulous process of selection will the Saint-Louis signature be applied.